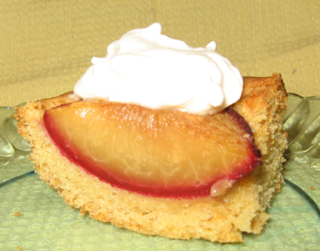 This week's Tuesdays with Dorie is from Michelle at Bake-En. She chose for us to make the Dimply Plum Cake from Baking: From My Home to Yours by Dorie Greenspan. It is a simple orange scented coffee cake batter with plum halves nestled into the batter. You can find the exact recipe here. 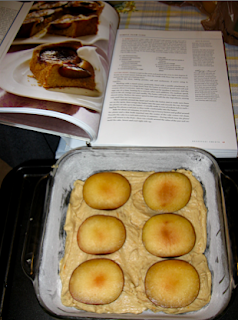 The substitutions I made were as followed: 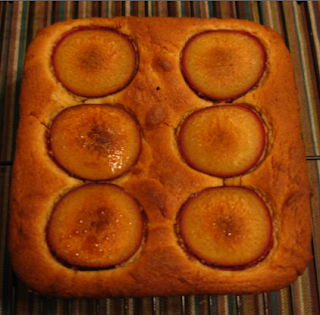 The cake smelled wonderful while baking, my whole house filled with the smell of cinnamon. I baked my cake for 38 minutes even though the recipe calls for 40 minutes, and it seemed a bit over done, so you might want to check on the cake about 35 minutes into baking. The batter is very thick, and I had a hard time spreading the batter into the pan, so I coated a spatula with non-stick spray, and it seemed to make it easier.

This cake was very simple to make, and I really liked it. The cinnamon and ginger tasted great in the batter and went well with the plums. I would make this again with other fruits like peaches, pears, or apples. Next time I would probably slice the fruit and place it on top the batter instead of just placing the halves of the fruit into the batter. It is difficult to take a bite of the cake without taking the whole half of the fruit with you.
Posted by Sarah at 9:31 PM

Love the additions of ginger and cinnamon, perfect for the fall! Your cake looks delicious!

i agree about this cake being hard to eat w/o the whole piece of fruit coming out! it's pretty, but not very practical. love your first photo!

I think this cake might be best with smaller fruit, or with large fruit cut in quarters or eighths. Love your spices! 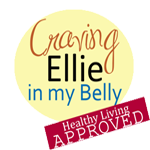